The following figure shows an architectural perspective on the MVC pattern.

Now we want to leave the abstract level and take a look at a concrete MVC design and how it works.
Suppose an application that let you search for persons. The UI must have a text field where the user can enter a search string and it might have a button to start the search. Finally it must have an area where the search results are displayed. In our case it is implemented with a list component.
The normal use case is: 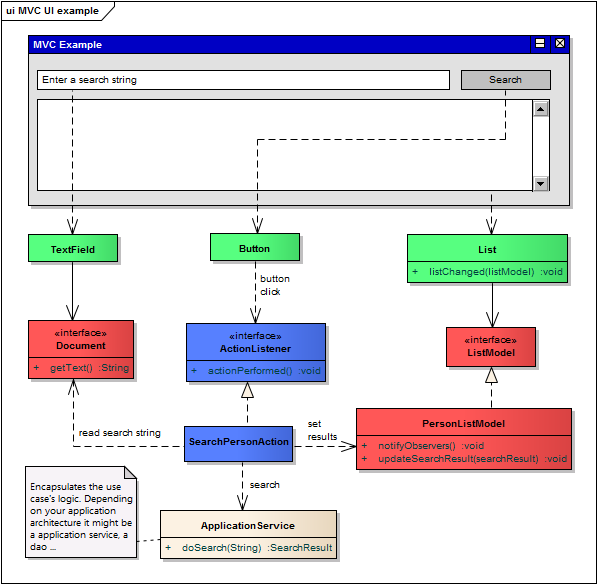 The following sequence diagram shows how the user’s botton click moves through the application until the result gets finally displayed in the list component. 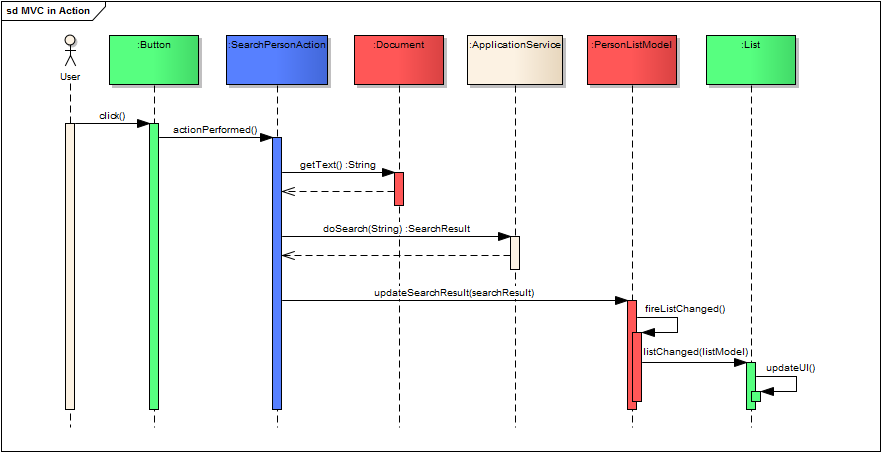 The java swing architecture is very likely MVC based and the best place to get a deep insight into the architecture is the article “A Swing Architecture Overview” that was written by Amy Fowler. Unfortunatly the images are not displayed in the article since it moved from Sun’s website to the Oracle website. So you better start a google search for “A Swing Architecture Overview PDF Amy Fowler“. You should find a PDF document that was published by the “swing connection”. This document contains the images and diagrams that give you the great overview over the swing architecture.

The best way to get closer to the java swing architecture is an example that is easy enough to understand and complex enough to give an idee of how it can be implemented.
Therefore I tried to create such an example application and designed it in the following way:

The Swing MVC Design Example shows how a normal swing application is designed. In my case I have a JFrame as the base container for the components I want to display. The JFrame contains a JTable, JList, JComboBox and a JMenu with a JMenuItem. These components represent the views of the MVC pattern and are highlighted in green. 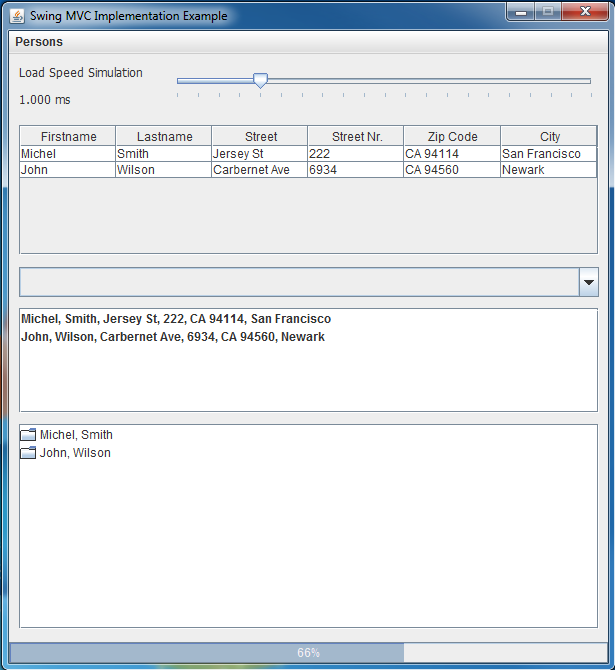 If you want to study the example’s source code you need:

8 thoughts on “The MVC pattern implemented with java swing”